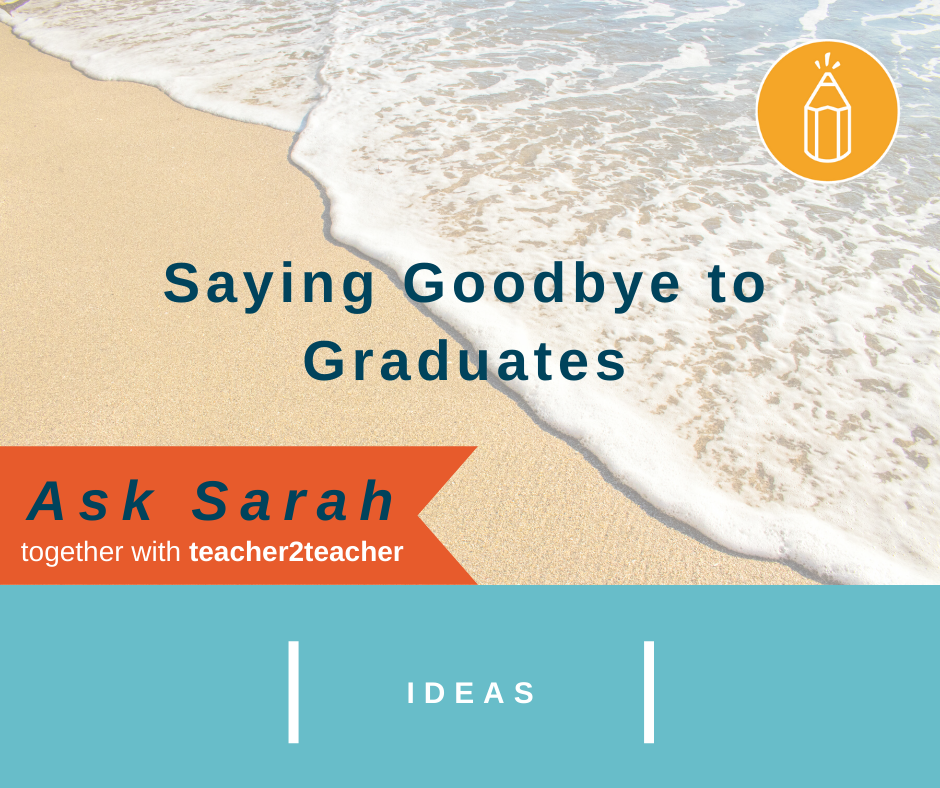 I am teaching seniors for the first time. Graduation is coming up and that means I’m going to have to say goodbye to these students. In the past, the end of the school year had always been a little bittersweet, but I knew I’d see my students again in the fall. This feels different. How do you manage saying goodbye? 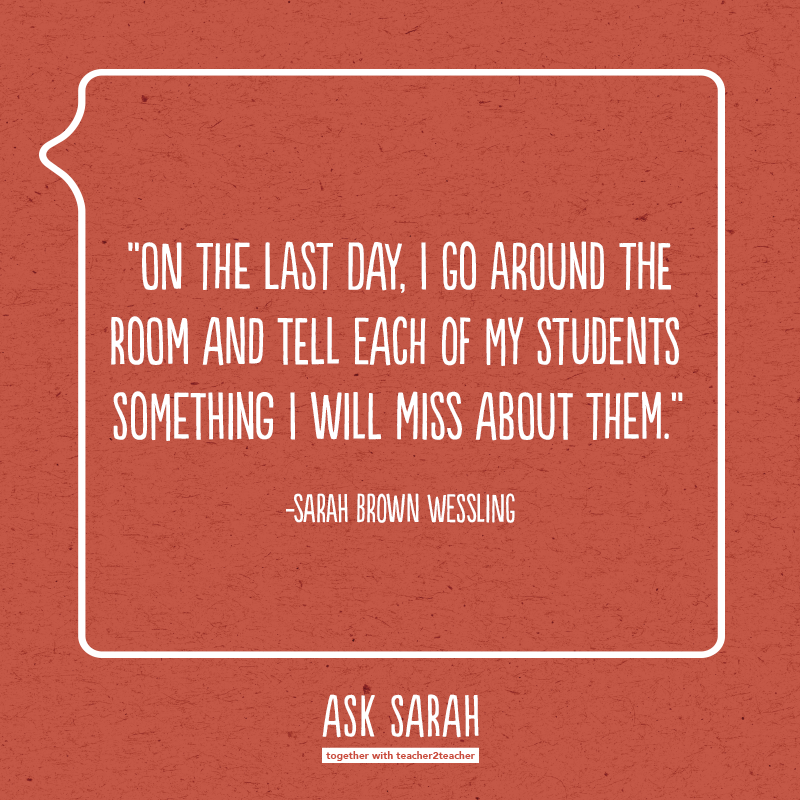 When May becomes June and I’m faced with ushering seniors from one threshold to another there’s a mantra I have to remind myself of: you’ve done your job if they don’t need you anymore. And it’s true. And it’s bittersweet because teachers not only put so much of themselves into their students’ lives, but our students put themselves into ours.

So, years ago I found a way to celebrate the impact they’d had on me. On the last day of school with my seniors, I would go around the room and tell each one something I was going to miss about them. Over the years, it became this tradition that every new group of students knew of, but wouldn’t talk about. Except that on the last day of class, every student showed up. On time. And about 20 minutes before the last bell they somehow knew to get quiet so I could take my wooden stool and sit real close to them one more time and share what I’d stayed up late the night before thinking about.

Then, in the spring of 2010, I was surprising on sabbatical to serve as the National Teacher of the Year and one of my colleagues graciously took my classes of seniors for the spring semester. A couple of weeks before the end of the year, he sent me a message and said the kids were worried that they weren’t going to get their last day. He didn’t really know what they were talking about, but he wondered if I could come back. Of course I could.

So I did. I went around the room and looked every student in the eye and in front of their peers, told them how I’d seen a different gift in each of them. Later that day I went to my mailbox in the high school office and there was a card, that read something like this.

Believe me, I don’t share this story to suggest I’m any different than any other teacher because I know you have gems like this too. I share it to remind you that we’re not saying goodbye, we’re launching young people. And if you have cared, they know.

So don’t worry about grand gestures, but instead offer a genuine smile, a kind word and they will know the difference between closing the book and opening a door.