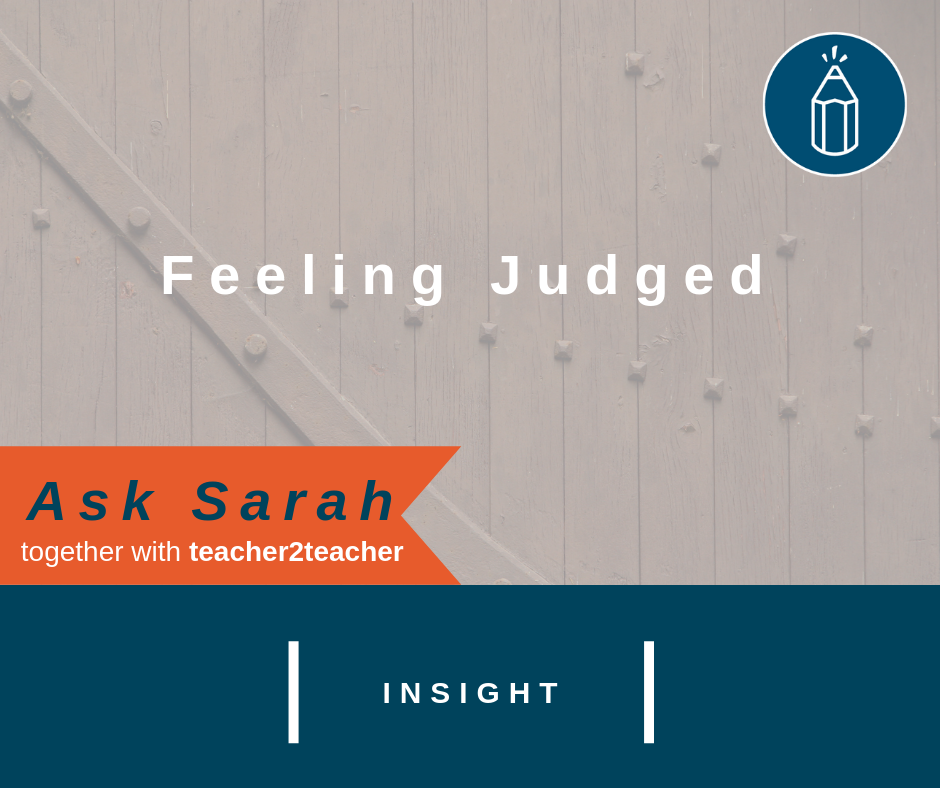 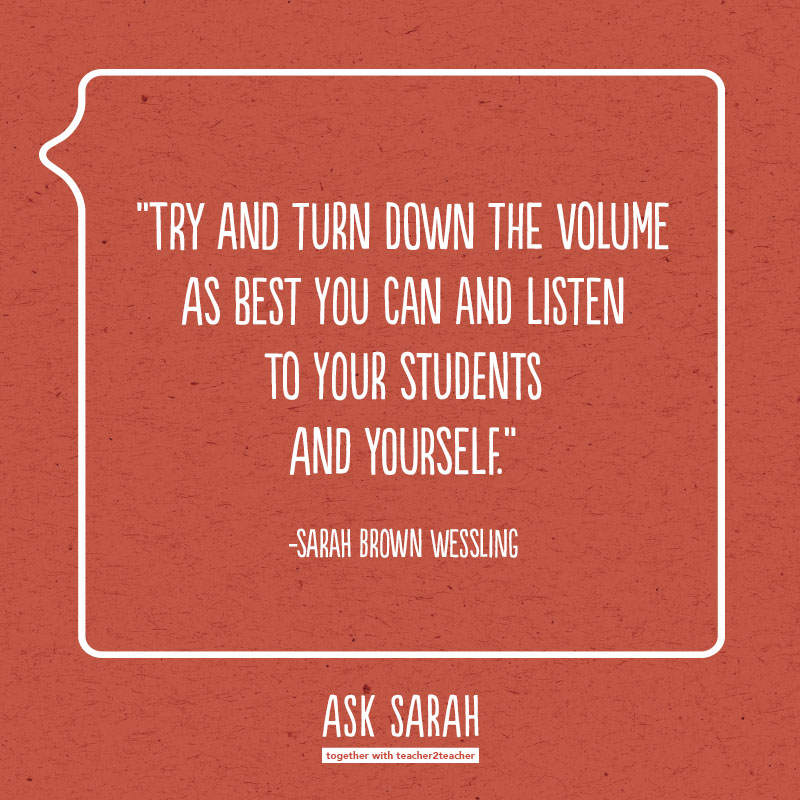 This is really random, but I just wanted your advice…I have started back to school and I am really struggling with negativity and judgment from some of my colleagues. It is making me doubt and second guess everything and I am exhausted! Any advice? Did you ever have to deal with this?

How was today? Any better? My heart breaks for you because I know so acutely what you’re going through. I remember the first time I confronted this. I was a nearly-new teacher and had been given a class assignment that another veteran teacher in my department was planning on getting. Even though I was young, I knew enough not to say much or get excited about the opportunity outside of phone calls to my mom. Nevertheless, there was fallout and backlash and I had to take it.

I had to take it because I hadn’t followed the rules. Even though I had just earned a Master’s degree in the content I would be teaching, even though I was getting ready to start my National Boards, even though I had volunteered to work on curriculum for our district, I was breaking the unspoken rule of seniority.

Breaking unspoken rules. It’s an easy thing to do, especially when they were never your rules to begin with. Yet, this is exactly where judgement thickens: in the places where, unbeknownst to us, we have forced a question someone else wasn’t ready to reckon with.

I met this angst again, after my year’s sabbatical as the 2010 National Teacher of the Year.  Even though I had maturity and experience on my side, it wasn’t any less painful, especially as this unique kind of professional discord was revealing itself. I sense this is exactly where you’re at: realization.

Here’s what I can say. You don’t have to second guess everything: you KNOW what good teaching is, you KNOW what your students need. But there’s also a lot of noise. I know you’ve been exposed to new experiences, new ways of thinking and learning and it’s tough to reconcile all those voices.

Try and turn down the volume as best you can and listen to your students and yourself. I know it’s tough, but I also know it’s the only way to find that center again.

I certainly made mistakes that year of “re-entry” into the classroom and most of them stemmed from the same misconception: I couldn’t return in the same shape I was when I left and that meant I couldn’t fit into all the same places anymore. I truly believed I was just the “same ‘ol Sarah.” And in many ways I was. But in many ways I wasn’t. Just merely from the accumulation of my experiences I wasn’t the same. I remember feeling like I was in high school all over again. Stuck in that in-between of how people see you and who you feel like you are inside. There were times when I inserted myself in places I used to, but shouldn’t have anymore. There were times when I felt excluded from the places I saw myself most fitting in and was left with a lot of loneliness.
This is all to say, I think you’ll have to re-negotiate your relationships. Some friendships will survive, some won’t. Some new ones will emerge. I remember a sense of loss, a bit of grieving, as I had to let the whispers and judgement wash away with some of those relationships. To be honest, it felt like a break-up. So, I focused on the kids. Really, really focused on the kids. I let that be my primary “relationship” at school for a couple of years until some time helped us all adjust to each other anew.

There are so many possible catalysts for this feeling of being judged. It doesn’t matter if it’s the graduate class you took over the summer, the life experience that altered your perception of the world or the tough question you just keep asking. When we learn something, we earn something. And what you’ve earned is the right to let go of whatever is keeping you from seeing the beautiful other side.